You Have to Be Carefully Taught 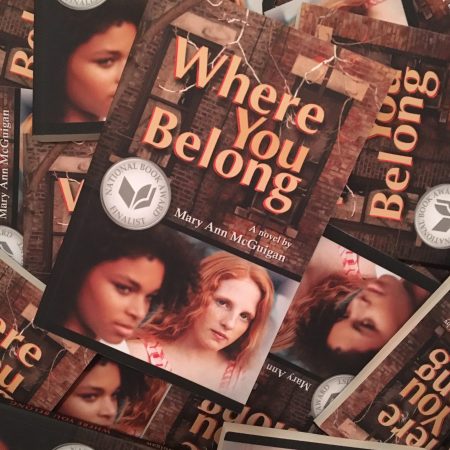 When I was a kid in the Bronx in the ’60s, racism was as American as apple pie, at least in my family. They were second-generation Irish, struggling to make ends meet, and they didn’t lose sleep over who got shut out of a job or a neighborhood. How could we look down on Negroes? Weren’t they poor, just like us? It made no sense. But I didn’t dare say so. Not until many years later, in WHERE YOU BELONG, when Fiona flees from her father’s drunken rage. Desperate, lost, convinced she has no choices, she wanders into the Black neighborhood and finds Yolanda, a girl with troubles of her own, a true friend, someone who shows her what courage feels like.