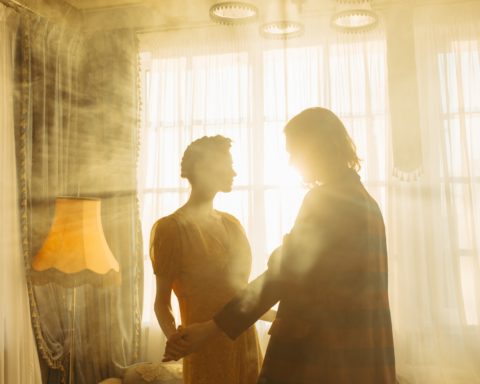 “The therapist waits for the circle to respond, his standard manipulation. Someone to Ken’s left lets out a sigh. He suspects it’s the woman who wears black all the time. It makes her blond hair shocking. She’s forever pouting, and she looks at Ken as if men are a breed she shouldn’t be expected to mix with.”

A Story About Love, Lies, and Loss

Many years ago, a woman at my office was very worried about her niece, who was becoming more despondent each day, losing weight, unable to find joy in the things she once loved. The young woman’s marriage was on the verge of collapse. “My niece is convinced her husband has been cheating on her,” my coworker said. “But she believes they can get past it, that she can forgive him if he would only talk about what went wrong.” She never got the chance. The gaslighting and the denials finally wore her down. The forgiveness never had a chance to be granted. The idea for the story “Home Front” came from my wondering why it’s so difficult to be honest about how we feel—even when there’s a great deal at stake. Those answers are better left to professionals, I guess, but for “Home Front” I imagined a man who was in as much pain as his wife, a man so attached to his children and his “family unit” that he couldn’t entertain the idea of his marriage ever truly ending. To relieve his pain, he finds comfort outside the marriage. It’s a tired old story, one we’ve heard many times. Maybe we’ve even lived it. But I wanted “Home Front” to take us beyond the predictable—to a place where we witness someone who understands, perhaps too late, that he could have made other choices.