Fiona is white. Yolanda is black. Their friendship breaks the rules. 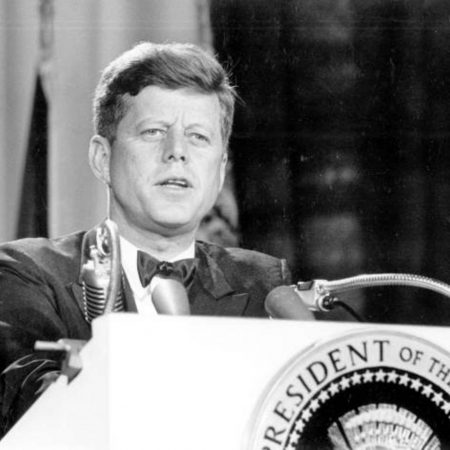 And if Fiona wants to be accepted by her newfound friends, she’ll have to end it. She knows what she should do, but heroics don’t come easy to an outcast. Her courage gets lost—until Yolanda helps her find it.

President Kennedy is on TV, giving a press conference. The other girls don’t want to watch it. I do, but I don’t say so. I like Kennedy. I like how he says things I’m afraid to say, like about Negroes. He went on television and told everybody to examine their conscience, and I watched my parents while they listened to him talk about all the wrongs that have been done to Negroes. He talked about equal rights and freedom, and even my mother was moved. She even thinks the Congress should pass the civil rights law, but if anybody dares to lift a placard to protest segregation, she calls them communist sympathizers.

“My father can’t stand Kennedy,” says Terry. “He never should have let the Negroes have that march in Washington.”

“The march just made everything worse,” says Ellen. “Now the Ku Klux Klan is bombing churches.”

I’ve heard this logic before. It’s the way my mother explains the bombing of the Baptist church in Birmingham, as if people demanding their rights is what killed those girls, not the hate. It’s bad enough to listen to my mother spout this nonsense, but coming from kids my own age, it’s really hard to take. I want to say something, tell them they’ve got it wrong. But I’m hanging by a thread here. If I say something like that, this whole adventure is over. So I don’t disagree or say what I really feel. I catch Kathy looking at me. She’s seen me with Yolanda. They all have. That’s when I see what’s happening. They’ve triumphed and they know it. They know why I’m not saying anything—because I want to be one of them. They’re leaving it up to me. Anytime I want to I can tell them that prejudice is wrong, that Negroes are human beings, too, just like us. That having Yolanda as my friend is no big deal. Anytime I want to I can say that and we can go back to the way things were on my first day back to school, when I was just that weird girl whose family got evicted.

So I’m not saying anything. Things have a chance to be different now for me. These girls are trying to be friendly. We don’t have to agree on every little thing. They just think the same way nearly everyone thinks in this country. Nothing I say can change that.